All You Need To Know About Health Insurance for 2019

Today's guest blog post comes from Renata Marinaro, the National Director of Health Services for the Actors Fund. Renata dispels myths and answers common questions about applying for health insurance through the marketplace for 2019. 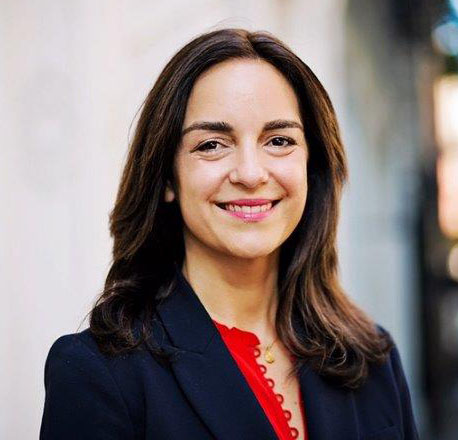 Open Enrollment starts November 1, and many people are confused about the rules and options. That’s understandable. The noise created by the failed attempts to dismantle the Affordable Care Act makes it hard to know what’s accurate and who to trust. Let me dispel a couple myths:

Myth #1: The Affordable Care Act (ACA) is dead.
The ACA is not dead; it was not repealed and is still the law of the land. In fact, all of the provisions in the ACA, including the prohibition against discrimination based on gender or pre-existing condition, are still in place.

Myth #3: Rates have skyrocketed.
In most states, rates have not increased above 13% on average, according to preliminary data. In many states, like New York and California, rate increases have been more modest (8.6% and 8.7%, respectively). Remember, those are averages. Your actual premium will depend on several factors, including where you live, your income, what level of coverage you choose and which insurer you pick. Indeed, some plans haven’t increased rates at all. In New York, insurance regulators approved rates that were 64% less than what insurers wanted. In addition, in New York, silver plan deductibles went down, from $2000 to $1700.

Myth #4: You can’t get discounted insurance anymore.
Premium tax credits, which lower the cost of your monthly premiums, are still available to anyone making less than 400% of the Federal Poverty Level (for an individual in the lower 48 states, that equates to less than $48,560/year).

Myth #5: You can’t get help enrolling.
Although the current administration has taken steps to undermine the ACA, including gutting marketing, outreach, and budgets that support enrollment assistors, you can still get help enrolling. The Artists Health Insurance Resource Center is here to help everyone in our community nationwide understand their options and enroll in insurance. Visit our Open Enrollment page to find a seminar near you, or to book an appointment with an enrollment assistor. For those outside Los Angeles and New York City, we offer phone consultations.

Now, let’s talk about a couple things that have changed:

#1: There is no penalty
The penalty for not having insurance has been discontinued. In 2019, you will not pay a penalty for being uninsured. (If you were uninsured for more than 2 months in 2018, you will still have to pay a penalty). If you are considering remaining uninsured or dropping your coverage, think twice: a simple preventive screening, such as a colonoscopy, can cost anywhere from $2300 - $5000; room and board in a hospital (excluding all procedures, diagnostic tests, and doctors charges) can cost anywhere from $2000-$5000 per day.

#2: Junk insurance is more prevalent
Although this seems in direct contradiction to Myth #1, it’s not. Any plan sold on your state’s official Exchange/Marketplace still has to abide by ACA regulations. However, some states, like Georgia, Illinois and California, have made it legal to sell low-quality short-term insurance plans, association plans, and religious cost-sharing plans that do not have to abide by these rules. (New York and New Jersey do not allow the sale of short-term plans). You may receive marketing materials about insurance plans that sound too good to be true: they usually are! They can exclude coverage of pre-existing conditions, exclude certain types of benefits such as drug and mental health coverage, and cap how much they spend on certain services (such as inpatient hospital stays). If you are tempted to buy one of these plans, contact the Artists Health Insurance Resource Center first.

#3: Changes to Medicaid may be coming to your state.
The current administration has been trying to change the Medicaid program since it came into office. The changes, including work requirements and questions about drug use, could take thousands of people off coverage and negatively impact their health. So far, the states that are planning on instituting work requirements are few (Arizona, Wisconsin and Maine), but more states are considering them. Allies of the administration are crafting regulations meant to withstand legal challenges. If you live in a state with a robust Medicaid program, like California, New York or Illinois, and you’d like to keep it that way, let your state and federal representatives know! It makes a difference.

#4: Non-citizens may have to think twice about signing up for Medicaid.
The federal government is proposing regulations that may go into effect in early 2019 that would result in dire consequences for immigrants who are on Medicaid for 12 months or more in a 36 month period. This includes almost all types of immigrants, including those on visas (such as O1, J1) and those with green cards who have been outside the US for 180 days or more; it does not include refugees and asylees. They could be denied admission (or re-admission) into the US, be denied an extended stay, or be unable to change their immigration status from, for example, green card holder to citizen. This regulation would apply not only to Medicaid, but to the following types of assistance as well: Premium and cost-sharing subsidies for Medicare Part D, SNAP (food stamps), Section 8 vouchers, other types of subsidized housing, and Supplemental Security Income. For more on this issue, visit this site. If you would like to leave a public comment, visit this site. The public comment period is open until December 10, 2018.

The laws, regulations, programs, and benefits that I’ve discussed here are all a function of government action (or inaction!). As always, let your state and federal representatives know what’s working for you and what’s not, and vote!

All the best during Open Enrollment!

Yours in good health,
Renata