Why Kimberly Walks for Hope 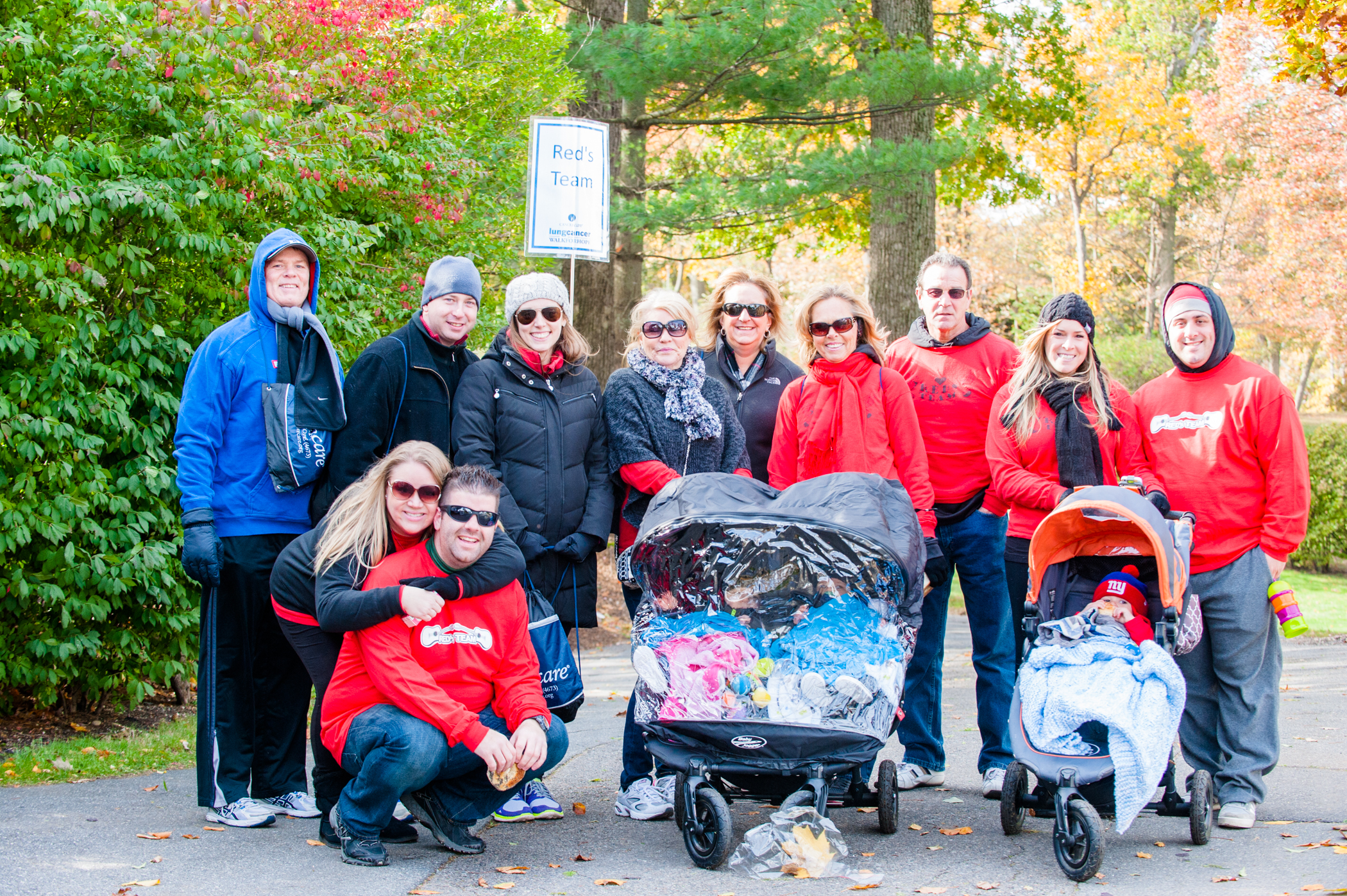 Red's Team at the 2014 Lung Cancer Walk for Hope
Kimberly began searching for ways to give back to local lung cancer organizations in 2007, after her mother and grandfather were diagnosed with lung cancer just days apart from each other.

She and her family came across CancerCare’s Annual Lung Cancer Walk for Hope, and decided to join. After their first walk, they were hooked.

“Since we started walking in 2007, we’ve only missed one year,” Kimberly says, “and that was because after Hurricane Sandy, it was rescheduled for the same weekend as my wedding!”

On Sunday, November 6, Kimberly and her family will join hundreds of Long Island residents at the Town of Oyster Bay Golf Course to participate in their tenth walk. The annual fundraiser has become a way to spin a negative circumstance into a positive one, paying tribute to her grandfather, Frank, and celebrating her mother and aunt, who was also diagnosed with lung cancer. “It’s something we look forward to,” she says. “The walk goes in our calendars as soon as the date is announced.”

In fact, for Kimberly, the spirit of the event extends beyond the end of the walk. She and her family dedicate the entire day to Frank’s memory, telling stories about him and doing things he loved.

“Our team is called “Red’s Team,” which was the nickname everyone knew him by. So we wear red, we go to Applebee’s and get his favorite drink, watch football and laugh a lot. It’s a time to come together.”

This year, they’re taking it a step further. Since Frank loved music and was an aspiring songwriter, Red’s Team donated a Bose Wave music system to the Lung Cancer Walk for Hope raffle in his memory.

In addition to joining CancerCare’s Lung Cancer Walk for Hope as a team captain, raffle chairperson and planning committee member, Kimberly also advocates for others affected by lung cancer. She knows from experience that unlike other types of cancer, lung cancer can come with stigma attached.

Kimberly’s mother and aunt are now two-time lung cancer survivors. They’ll be participating along with the rest of Red’s Team this year to support CancerCare’s free, professional services for anyone impacted by lung cancer.

“I support CancerCare each year at the Lung Cancer Walk for Hope because I think it’s important for cancer patients and cancer caregivers to have a place where they can talk to someone who understands their situation,” Kimberly says. “CancerCare is a great outlet for people with cancer and their loved ones.”

Posted by Claire Heyison on October 25, 2016 in CancerCare News, Stories of Help and Hope