Why Rachel Runs For CancerCare 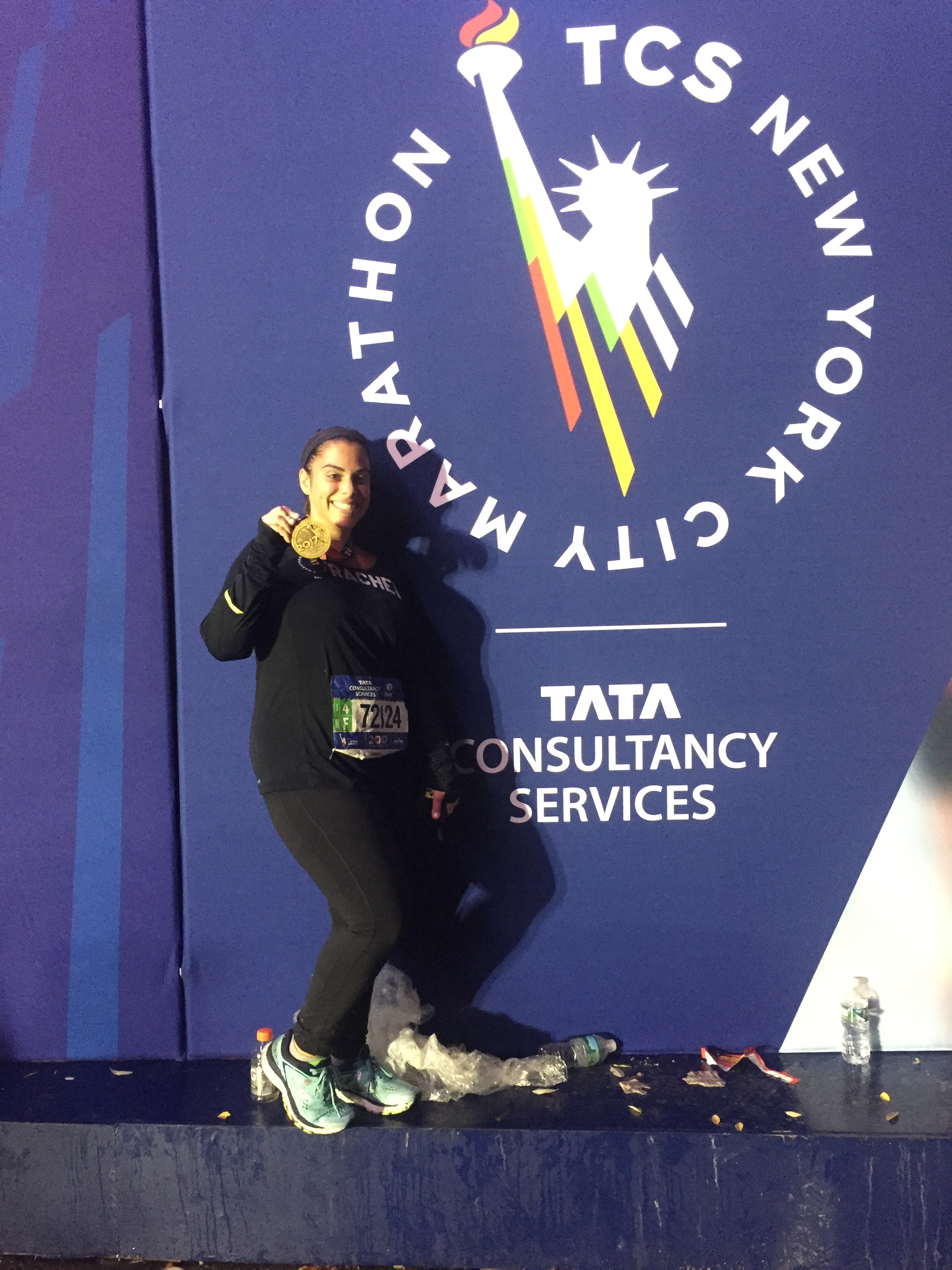 Rachel originally entered the lottery for the 2017 New York City Marathon for fun and she was surprised when she was selected. After being picked, she began the daunting process of training for 26.2 mile run.

However, after a couple of months she was lacking motivation and decided to fundraise for a bigger purpose. Rachel was given the option of fundraising for one the New York Road Runner Charity Partners or creating her own fundraiser through the website Crowdrise. This is when she realized she could raise funds for CancerCare’s free services. Rachel first heard of CancerCare while completing a social work internship on the bone marrow transplant service at Memorial Sloan Kettering Cancer Center. She continued to use CancerCare after her internship for her own education as she progressed in her social work career and recommended it to others as a credible source for cancer-related information.

Rachel now works at the NYU Langone Health Transplant Institute with liver and kidney transplant patients. In her current role she says, “I meet and treat cancer patients daily and am a first-hand witness to the various psychosocial struggles and challenges that cancer patients and their families and caregivers face.” Rachel also chose to fundraise for CancerCare because of her personal connection to cancer, as she has had many relatives and friends diagnosed with cancer. She says, “As a daughter, granddaughter, niece, and friend, I have been personally impacted by the intense torment that cancer causes.”

During her fundraising efforts, which included her online page, social media, and outreach to friends and family, Rachel had to increase her fundraising goal since it kept being met. She was able to raise $1,000 in the first day alone of her fundraiser and ended up changing her goal to $2,000 then $2,500. She ended up raising a total of $3,302 to support CancerCare’s free services. After seeing her fundraiser, people reached out to Rachel to let her know that they had found out about CancerCare’s resources and ended up using them because of her. Rachel was very happy to use her running the marathon as not only way of fundraising, but also spreading the word about CancerCare’s services.

Before signing up to run, Rachel had the mentality of “I could never do that.” However, after finishing the marathon, she believes that anybody can complete it as long as they “find the right thing to motivate them and push them through their mental roadblocks.” She finished the race in seven hours and seventeen minutes and is hoping to run it again in 2019!

Learn more about fundraising for CancerCare!

Posted by Benjamin Chapman on January 24, 2018 in Supporters of CancerCare
Tags: