For the past four years, Stella and her team “Strides for Steve” have been walking for hope. This year, they’ll once again rally together, put on their gray sweatshirts, and join CancerCare’s 14th Annual Lung Cancer Walk for Hope to make a difference for anyone affected by lung cancer.

Stella’s husband, Steve, passed away from lung cancer three years ago. “We did the CancerCare Lung Cancer Walk two years with him and this November will mark three years without him. I’m just amazed that a walk like this exists.” shares Stella.

Their team started out with 12 people and, last year, grew to more than 40 people. “It makes me emotional because family and friends continue to join us. They get up early to walk, support, and remember. The whole time we talk about him. We even see Steve’s doctor there, who introduced us to the walk, and he always wears the sweatshirt we made for him.” 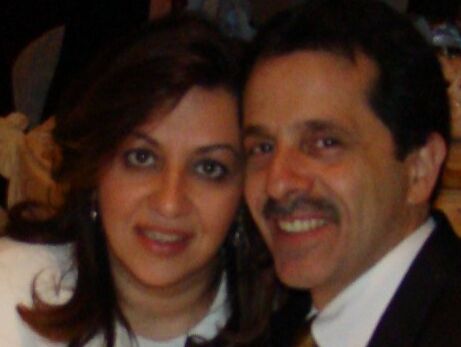 Stella and Steve were shocked when they received the diagnosis. “Steve was thin and never smoked. He was a very healthy man in his 50s. We didn’t know what was wrong for a while...he was mis-diagnosed with exhaustion, pneumonia, and then tuberculosis. Suddenly, it was cancer,” recalls Stella.

“You know that feeling when someone is talking to you, but it’s like they are in a tunnel far away and you can’t hear them? You start thinking that this is a dream. That’s what it was like,” she remembers. “I immediately felt like we were on our own. It was very scary.”

Stella describes the weight that was lifted when she was referred to CancerCare’s Financial Assistance Program. “We were having a difficult time paying some of Steve’s chemo and radiation bills. They were stacking up. We were referred to CancerCare and they brought the cost down significantly. That was the biggest help! It was amazing that there was someone out there willing to help us.”

Stella, who lives in Nassau County, New York, has now taken over Steve’s partnership at one of their family-owned pizzerias. She met Steve when vacationing in Greece at age six. Steve moved to the states that same year, and in what can only be described as fate, they reconnected when Steve began working for the family pizzeria with Stella ten years later. They were married for 25 years and have two sons and daughter. 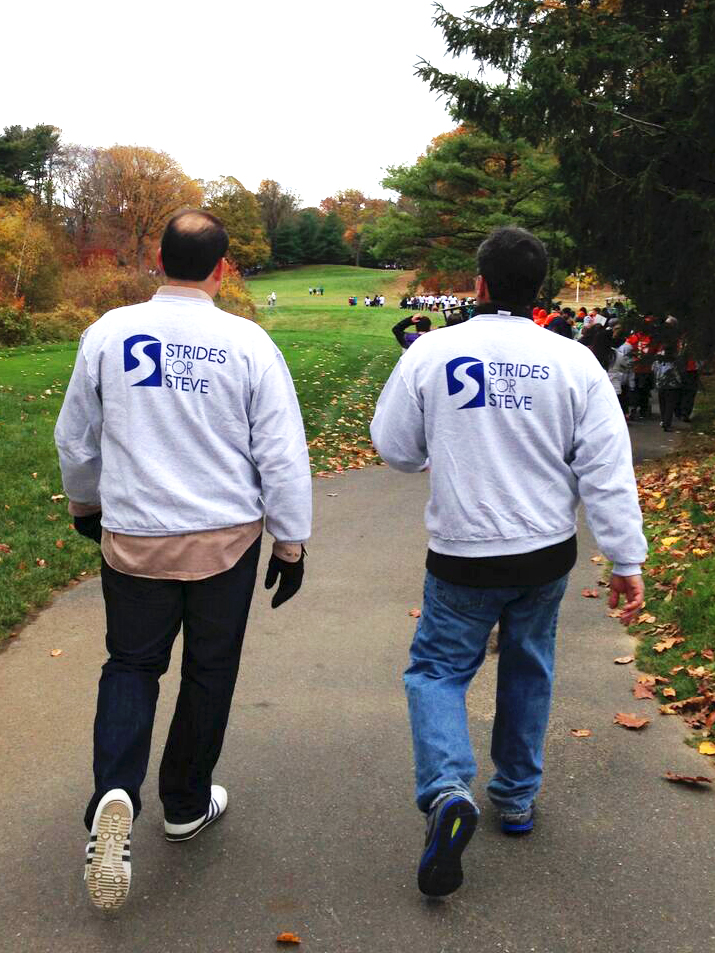 “When Steve was sick, I went into full caretaker mode. I didn’t want to talk to anyone because I didn’t want him to think that I was giving up on him. Plus, since he was born and raised in Greece, his family just didn’t talk about these types of things. We leaned on each other a lot, relied on prayer, and found comfort within our church family.”

For Stella hope and positivity were essential during such an uncertain time. “You have to have hope. You just have to. I stayed positive that he would be fine. The doctors initially gave him nine months and he lived for two years, so that’s definitely something.”

On November 6, Stella and her family look forward to honoring Steve. “This walk means everything to us. When I’m there, I think about how many people have just been diagnosed and are scared. I get to see people who are going through what I have gone through and it makes me sad, but also grateful that it’s being given this type of attention.”

“The money we’re walking to raise is going to continue to help families like us. When he passed, there was so much that needed to be done. I had a business to run and children to take care of. Thankfully CancerCare was there.”

Posted by Guest Blogger on October 18, 2016 in Advocacy, Financial Assistance, Coping and Support, CancerCare News, Stories of Help and Hope