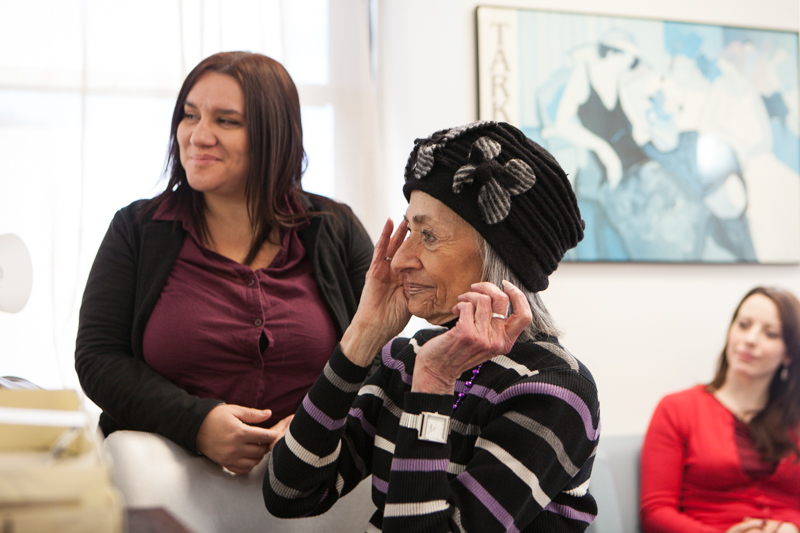 During a routine annual check-up with her physician, Arlene C. learned that after 15 years in remission, her lung cancer had returned. “The cancer had come back – an aggressive one. Surgery and chemo. That’s when it all began,” shared Arlene.

Arlene knew that chemo meant she would likely lose her hair and she wanted to prepare herself for the physical change and the accompanying emotions she might experience. Her daughter-in-law mentioned that CancerCare had resources that could help.

After making an appointment at the New York City-based CancerCare Wig Clinic, Arlene and a friend met with an oncology social worker to discuss her treatment and the challenges she was facing. She was also fitted for her new wig and given a care package to help her through the next few months.

“I went to CancerCare and was treated royally,” said Arlene. “I was expecting the hair loss, but it was still a shock to my system. But I didn’t make myself or anyone else nuts over it and, before I turned around, I had hair again.”

Arlene was touched by the care she received and made a donation to the organization and wrote a poem about her experience. “I made a donation in honor of the CancerCare staff who just made my day in many ways with their caring and comfort.”

The doctor called, “We have to talk”

I set the date to learn my fate

Where to go for my chemo?

The calendar was marked for the days, the hours, but not my mind or body

Mark and Susan were with me all the way

I made a promise I couldn’t sway or betray

Where do I begin?

The daze of chemo was upon me

I was never good at acting

Where do I begin?

All of this caused by the very strong dosage given

However they changed the recipe and I was cooking again

And then the crowing glory

I lost all my hair

Susan bought me a hat

CancerCare gave me a wig

And I amassed some turbans, etc.

Trying to match headwear with outfits

Is there anything else to do but thank God and all my friends that prayed for me?

I had my own unveiling

Tossed the turbans, etc. and showed my head off

Everyone loved my new hair do

Posted by Katie Freeman on May 27, 2014 in Coping and Support, Stories of Help and Hope