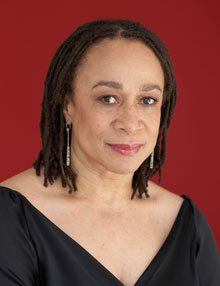 CancerCare’s “Partnerships in Hope” dinner, now in its 28th year, will honor:

“This year’s honorees exemplify CancerCare’s mission of providing help and hope to people coping with cancer and their families,” said CancerCare Chief Executive Officer Helen H. Miller. “We are grateful for their continued support and dedication.”

The evening will also feature CancerCare client William R. Reader, of New York City, who will take to the podium to share his personal story of caregiving for his life partner, Lester Bowman, who was diagnosed with pancreatic cancer and passed away in 2009 from the disease.

For more than 66 years, CancerCare has provided free, professional support services to anyone affected by cancer: people with cancer, caregivers, children, loved ones, and the bereaved. CancerCare programs—including counseling and support groups, education, financial assistance and practical help—are provided by professional oncology social workers and are completely free of charge.

For more information about the Partnerships in Hope Awards dinner, visit www.cancercare.org/awardsdinner or contact Solonje E. Burnett-Loucas at 212-712-6165; or email sburnett@cancercare.org.

Back to Press Releases